The place where I used to live
confused me
as I stepped out into the cold air
of indifference
that slammed the door of comms.’
into my face
shut out the uncanny collector
of words
or so she said repeatedly
in a continual round dance.
Nonsense!
The lack of basic senses
confuses the strongest human
bond
with mysterious misconstruing
that happened when building
the Tower of Babylon
in human relations.
It fell like a house of cards
through man’s arrogance
challenging the gods.
And nobody gave me his hand
to pick me up from the kerb
of cast-out social failures
save for one man.
Although I still could contribute
been enriched through 75 years
of life experience – you know?
Where the boil of dog days
left many wanderers stranded
on endless highways
to seek a better life ahead and
many will make it far better,
than the people of Jewish faith
who froze to death or were killed
during the Death March in 1945
in the Polish Woods
eliminated as witnesses to the
pogrom at Auschwitz-Birkenau
don’t you know?
At least education should have
done its duties long time ago.
However now the people line up
patiently along main roads
as Greeks Macedonians Hungarians
and Austrians help the vast stream
of mainly Syrian refugees along.
Has the European community
not yet woken up to a human
time bomb
or has bureaucracy again
shown its indifferent face?
The place I used to live
confuses me
although some apparently
poor folk
took all our possessions
earned all during our lives
be it in Africa
or be it in Greece
referred to as Greek tragedy.
A great social consciousness
exists in Austria Germany
Denmark Norway and Iceland.
Perhaps more countries will
follow
and soon the European dream
to unite in spirit and deed
will come to be true and
not remain as an ideal thought
printed upon durable paper. 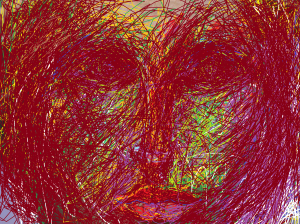 It started to rain on the third day of our stay in Como. Rain stayed here around the mountains more continuously than we have been used to in South Africa and recently in Greece. I waited for it to ease off and don my hooded rain jacket and headed for the exit of the tiny family run hotel at the edge of the centre. If you need an umbrella, the sellers emerge around the centre of town, the desk clerk said to me as he buzzed the door open.

I walked down the already familiar street, Via Gallio and arrived after ten minutes at the Piazza di Volta. The umbrella man popped out of nowhere offering me an umbrella, as if he had anticipated that I am a buying customer. “Do they work?”

“It’s black,” he replied having misunderstood me.

“It’s 5 Euro.” I gave him a note, opened the wrapping and tried to open it. It worked. I handed the wrapping to him and left. Whatever, at least it would hold out until I visited the exhibition in Villa Olma, situated along the western shore of the lake, like most famous villas of the Como region. The dark grey clouds interspersed with white changed continuously with lighter and heavier rain. I was glad having bought an umbrella, whose colour brightened up the somber mood of nature, more dark clouds gathering above the Brunate Hills on the opposite side of the lake: dramatic scenery as a gigantic metaphor for the dramatic happenings of finding genuine leadership and to establish a way forward in Italy that soul-searches for a functioning government.

After 20 minutes I arrived at the gates of an enormeous extent of property matching the grand Villa with its classical features of a dominant centre portion, Roman arches at groundfloor and ionic columns on the first floor stretching to support the second floor roof beam. My shoes started to get soaked as I entered the wide gravel driveway toward the main entrance and placed my red umbrella into the metal stand annexed to other umbrellas. The woman in charge issued me with a reduced ticket, but still quite pricy and enough for a small meal indeed.

I gazed at drawings of my favourite artists, photographers and architects, designers and futurists. I walked immediately to the exhibits of the group around Moholy-Nagy, painter and photographer, and professor at the Bauhaus. His wife, a photographic artist, as well as students, experimenting with constructivism, Lang the film maker expanding on his drawings of a futuristic megalopolis, and Sant’ Elia with his unique style of expressionistic visionary drawings. In front of my eyes were the documents that I have been lectured about at university and I recall the inspiration it had sparkled in me. ‘Tendencies in contemporary architecture’, was a well-visited lecture by Dr. Feuerstein, supporting the way forward of stimulating the creative part of our minds. That’s where I first heard about Sant’ Elia and I still recall the slide of his La citta nuova – The new city. A new approach to town planning that enhanced the spirit and created places and domiciles, where one enjoyed living as world population grew rapidly and one would have to deal with a new philosophy. Indeed, it already happened and we might never catch-up of doing it, but having witnessed its ideas in projections, 80 years ago. I took some photographs.

Lang’s movie took me away. I had a flying seat with a red umbrella affixed to it and I visited La citta nuova. The ants below me became scurrying people and the cars continued to flow past on specific highways. I enjoyed to land in a creativity park.

“Did you enjoy the exhibition?”

“Elias, I am the student of art and music, remember me?”

“I met you at the bookshop of the New City Exhibition.”

“Of course and we had a spirited conversation about art and music.”

“Indeed, but what are you doing here?”

“I followed your red umbrella, the new type vehicle.”

“Ah yes, my flying machine for body and soul.”

“Are you selling these?” Elias smiled, his long hair spiraling around his cheeks.

“Well, I have to find a manufacturer first.”

“Unfortunately I only know violin makers.”

“I have to sell my paintings first to get capital for my projects.”

“What do you paint?”

“Come along hop into my red umbrella vehicle and I’ll show you.”

I looked into the umbrella stand, but my red umbrella was gone. “Excuse me madam, anybody seen my red umbrella?” I approached the desk clerk. “No, but I think you should ask at the bookshop.

I went back to the bookshop and asked the student who sold paraphernalia as mementos and also art books. “Oh high, you are the artist looking for your red umbrella?” He greeted me. “Yes, I recall we have talked and visited the last part of the exhibition together.”

“Yes, we have and you told me about your invention.”

“Well, I can’t remember, but I recall of having seen a movie by Lang, where a red umbrella is appearing in midst of a huge futuristic city.”

“Yes indeed.” Elias said and frowned. “I think it is odd.”

“That your umbrella is gone and it appears throughout this exhibition.”

“Come and see for yourself.” Elias took me to the adjacent room, where he showed me the vehicle with an attached umbrella as one of the models in a city that had been conceived as a warehouse of parts, one could chose ones parts there for furnishing and living in a future city. “It’s mine,” I said and checked for a name on the umbrella. I took a photograph.

“Don’t,” Elias said, “just believe you’ll find your umbrella again outside the entrance on the stand.” He smiled and I accompanied him back to his bookstore, where he handed me his calling card. I gave him mine. “Oh one of your paintings?” he asked looking my card over. “Yes.” He smiled. “I like it.”

I bade Elias good bye and headed for the entrance. It was raining again and I checked for my umbrella. As I prepared to place the hood of my rain jacket over my head, I saw a woman approaching with a red umbrella. I stepped aside into the niche of the entrance arch and waited, camera in hand.  She came and released the catch folding it. “You should have kept it,” a short man with a moustache and a hat said in Hungarian.

“But it’s not mine; I should have not listened to you.” The pretty woman in a short jacket replied.

“Well you have no raincoat and you will catch a cold.”

“Well, I will find a street seller nearby.”

‘You are sneezing already and we still have to fly back to Budapest tomorrow morning.” I stepped out of the entrance arcade.

“I have overheard your conversation,” I said in botched Hungarian.

“Oh,” the woman said, “Is this perhaps your umbrella?” I smiled as she sensed the waves of my thinking.

“No, that would be not right,” she said. Her face looked sullen and pale.

“Well, I mean it. It had been lost already today in this exhibition.” She looked with big eyes and suddenly smiled. “Are you a fellow architect perhaps?”

“Let me pay for it,” she said and handed me a five Euro note.”  She took the umbrella and put it up again. “OK, thanks and enjoy it.” She smiled.

“Have a good trip back and greet me Budapest.” She stopped and took a card from her purse handing it to me.”

“Thank you again,” she said. I looked a t the card.  Ilona Moholy-Nagy. I’ll be damned I thought, she must be related to her famous great uncle. I can always find that out, as I had her address. I placed the hood of my rain jacket over my head and hurried toward the city along the embankment path. As I turned at the park to cut across below the trees, the rain subsided. I took my hood down and enjoyed the rest of my walk toward the hotel with the sun peeking out behind the clouds.

“Did you enjoy your exhibition?” Bea asked as I arrived in our room and placed my raincoat into the bathroom to dry. “Yes, I did.” I had to smile. “I had a few experiences I would not have liked to miss out on. Besides I enjoyed practicing my rusty Hungarian language again with a Moholy-Nagy.” She smiled “You always had a lively imagination.” Maybe that’s right, but even if, I had enjoyed the visit to Villa Olma and the red umbrella.